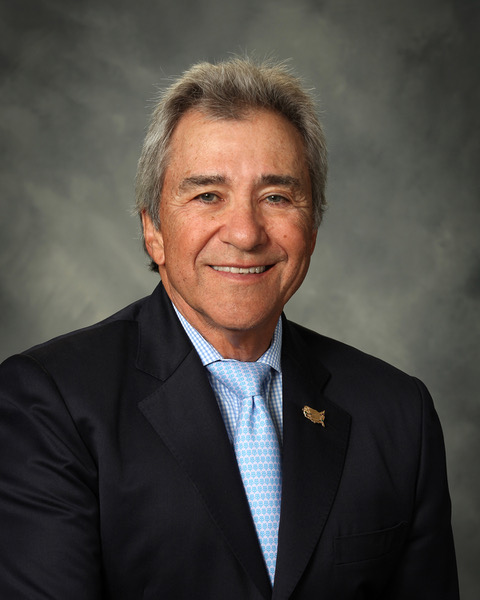 Michael Coles is a successful entrepreneur, investor, advisor and community leader.  He co-founded The Great American Cookie Company and grew it into the largest franchisor of cookie stores with 350 locations and sales of over $100 million when he sold the company.  He was also the CEO of Caribou Coffee which became a publicly traded company.  He is a big supporter of Kennesaw State University, whose business program is fittingly named the Michael J Coles College of Business.

There are two levels of entrepreneurialism for kids.  The one that 99% of kids fall into which is the “go hustle and make a buck” kind.  Delivering papers on a route, raking leaves, etc.  Then there’s the 1% who have the vision and hustle to go to the next level of securing all the contracts with the homes in the neighborhood and then hiring all the other kids to service those homes.  That’s Michael Coles for you. His entrepreneurial brilliance shone through at a very young age.  Michael realized the real money wasn’t in raking leaves or shoveling snow.  It was managing the leave rakers and snow shovelers.  It wasn’t hard to see how the future career of Michael Coles would unfold.

He never set out to build a cookie empire.  His goal when he opened his first cookie store was a modest one – simply to bring in some extra income while trying to figure out his next career move.   But there was one little problem.  Michael was way too savvy of an entrepreneur and the industry was way too stagnant for him to settle for just a little extra income.  While most the cookie store owners operated as bakers, Michael saw this opportunity through the lens of a retailer.  He expanded the merchandise offerings, added promotions, introduced cross-selling and upselling and started sampling.  These days such commonplace retailing strategies are straight out of the merchandising 101 playbook but not back in the 70’s and 80’s and not in the cookie business.  Michael reinvented the way bakery products were marketed and sold.

While his vision and tenacity allowed him to persevere in the end and build a thriving business, like with any good story, he had his fair share of setbacks along the way.  The biggest one was a near-fatal motorcycle accident just a few weeks into starting the company.  He was lucky to be alive but was told that we would never walk again unaided.  For most people, such a fire prognosis often becomes a self-fulfilling one and they’ll be content to lead the rest of their lives as a cripple.  But not Michael.  He was so driven to prove the doctors wrong that he not only fully recovered but actually increased his exercise regimen from before the accident.  He picked up a bicycle, which he hadn’t done since he was a kid, and started riding.  And riding.  And riding.  He rode across the state of Georgia and didn’t stop peddling until he reached San Diego.  He ended up setting a new transcontinental bike record which would be broken just a few years later… by Michael once again.

As many endurance athletes can attest to, the benefits of exercise usually spill over into other parts of one’s life. Such was the case with Michael.  He came back from record-setting rides refreshed and hungrier than ever.  He was suddenly able to see the business in an entirely new light.  Sure, the business was doing fine.  It was profitable and growing.  But fine wasn’t good enough.  The market was evolving, the competition was increasing but The Great American Cookie Company more or less stayed the same.  So he reengineered the business from the ground up – new recipes, a modernized store design and better training just to name a few areas.  It wasn’t about being the biggest but the best.  These changes allowed him to scale the business to over $100 million in revenue and the rest, as they say, is cookie history.

While Hollywood couldn’t write a better script than Michael’s wild success in the cookie business, not every story in his life would have such a Hollywood ending.  He took over the helm of Caribou Coffee but while he doubled the size of the business and took the company public, the stock took a tumble.  Running a public company with the constant pressure of meeting quarterly expectations was not a great experience.  And his bids for the U.S. House and Senate would not prove successful.  But he’s the first to tell you that we learn more from our setbacks than we do from our successes.  Real learning comes from understanding our personal responsibility with such setbacks as opposed to blaming others.

Michael is one of a kind.  He’s more than earned the right to pack it in and enjoy the good life.  But he’s still very active sitting on Boards, mentoring first time entrepreneurs and overseeing multiple philanthropic efforts.  He’s as passionate today about giving back as he was about business success over the course of his illustrious career.  He’s made his mark in many areas but he’ll forever be known as the Cookie King.