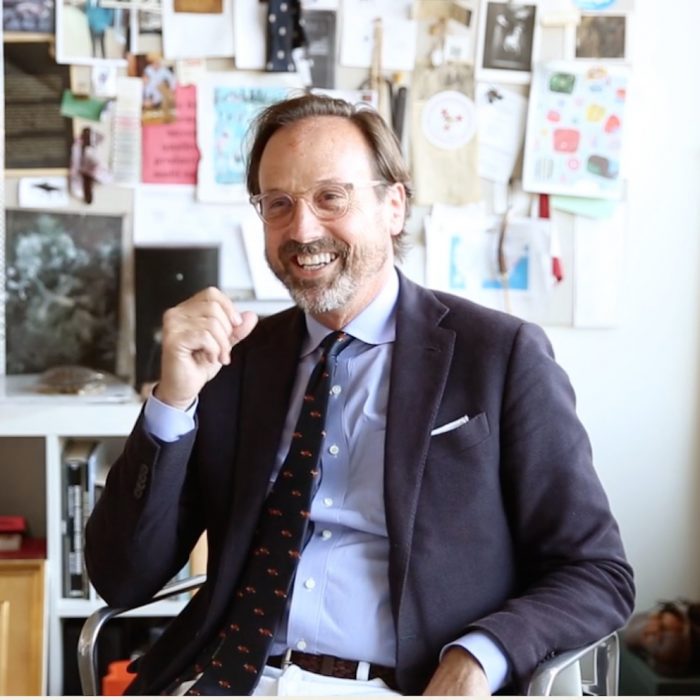 Sid is the co-founder and owner of Sid Mashburn men’s clothing store.  Both Esquire and GQ have named Sid Mashburn one of the best menswear shops in America.  Today they have five stores in five cities and 135 employees and are continuing to add new stores every year.

Walking into a Sid Mashburn store is not like walking into any other men’s clothing store.  It’s a full sensory experience, from the classic rock ‘n’ roll tunes cranked up high to the stuffed wildlife protruding from the walls to the seagrass on the floor to the aroma of freshly brewed coffee.  Oh, and of course there’s also the ping pong table.  This is all part of a master plan to make the store feel like a warm and inviting place to anyone who walks through the doors.  “The store is meant to feel like a fraternity that everybody gets a bid to”, as Sid conveys the ambiance he’s trying to capture.

This unique in-store aesthetic is just the tip of the iceberg in Sid Mashburn’s retail experience.  It’s all about the high-touch service you’ll find the minute you enter the shop.  You’ll be greeted with a smile and offered a beverage of your choice. They’ll ask if you’d like to have a seat while they hang up your jacket. What you won’t find here are high pressure sales tactics. That’s because the sales people are not on commission.  The goal is simple – to have you feel like you’re walking into someone’s home.

Sid was raised in a small town in Mississippi and it’s not hard to see how the southern hospitality he grew up with has become a core piece of the brand DNA.  It’s not fake.  It’s not for show.  It’s just an authentic expression of who Sid is as a person. He doesn’t see himself as being in the retail or clothing business but rather, the hospitality business.  He craves having that intimate relationship with the customer which is why he likes to benchmark against best-of-breed hospitality brands – think Danny Meyer in the restaurant space and the Ritz in the hotel world.

Marketers are taught that you need to have a well-defined target audience to succeed. Sid never got that memo. He wants everyone to feel welcome in his shop which is why you’ll find a $65 pair of Levis just a few feet away from a $10,000 suit.  Customers range in age from 11 to 87 and between his physical stores and his e-commerce business, he touches pretty much every corner of the country.

We’ve all heard the cliché to follow your passion.  It’s usually easier said than done.  But Sid Mashburn has done just that since day one.  He’s as enamored today about fashion as he was in his youth when clothing defined his childhood as much as music and sports.   And you can see that he truly just enjoys helping people.  He’s as happy to patch and repair an old worn pair of pants if that’s what you need as he is to sell you an elegant handmade suit.  His business goals are much more centered on taking care of people, both employees and customers, than they are on growth and profits.

This isn’t to say Sid isn’t ambitious.  He’s very success-oriented.  It’s just that success in his mind is defined much more by quality than it is by quantity.  The overarching goal is simple – to become the best shop in the world.  And judging by the accolades bestowed upon him by GQ and Esquire, he’ll already well on his way.