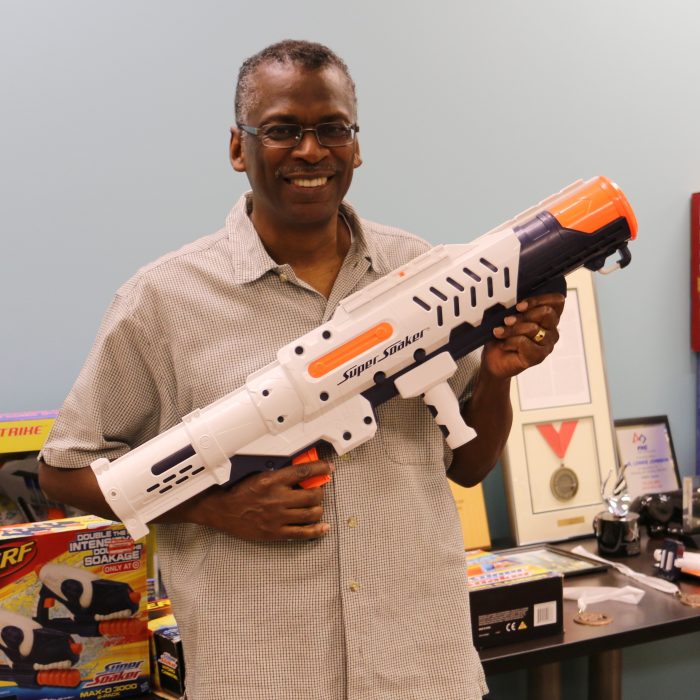 Lonnie Johnson is a former Air Force and NASA engineer who invented the massively popular Super Soaker water gun. He currently oversees Johnson Research and Development, a company which commercializes technologies with a recent emphasis on alternative energy.  He studied at Tuskegee University where he earned his bachelor’s degree in mechanical engineering and a master’s in nuclear engineering.  He lives in the Atlanta area.