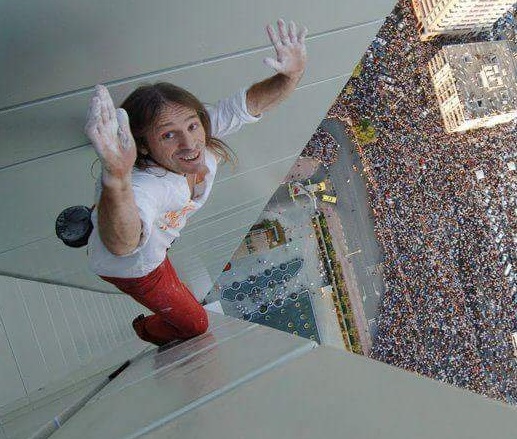 Alain Robert is the world’s leading free climber and is known all over the world as the “French Spiderman” for free climbing skyscrapers. He has climbed 163 buildings in 70 different countries. He has a documentary on Amazon Prime titled My Next Challenge and is the author of a book With Bare Hands: The True Story of Alain Robert, the Real-Life Spiderman.