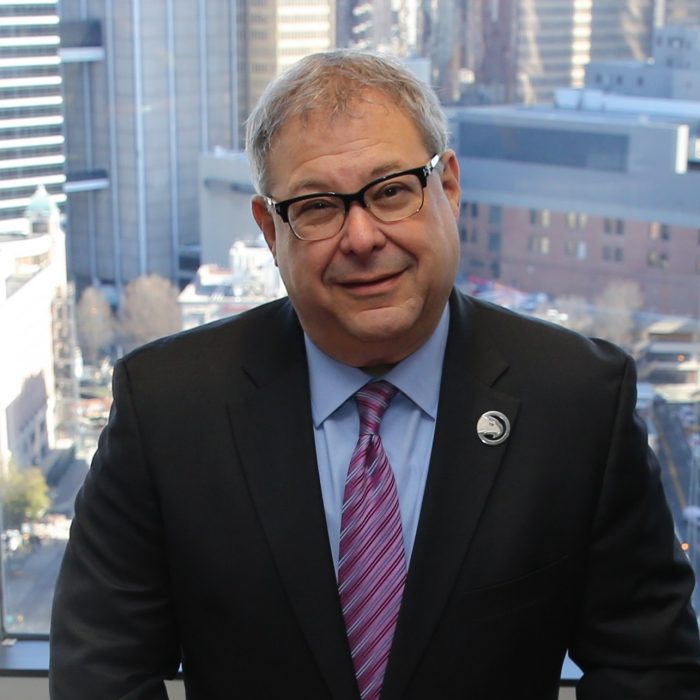 Steve has been CEO of the Atlanta Hawks since 2014. After just his first year with the team, the Hawks led the league in annual attendance gains and set single-season franchise records for retail sales, sellouts and season ticket memberships.  Prior to joining the Hawks, Steve was the President of Turner Entertainment Networks where he oversaw the programming, marketing and strategy for TBS, TNT and several other prominent networks. Prior to Turner, he was at Coke where he served in several capacities, most recently as the Vice President of Sports and Entertainment marketing.

Some marketers have tons of great ideas but no ability to see the bigger picture. Other marketers are brilliant strategists but just can’t generate any novel ideas.  It is a rare marketing genius that can not only think way outside the box with an entrepreneurial  mindset but also tie those back to corporate strategy in a way that allows a company to achieve monumental leaps in brand recognition and corporate success.  That in a nutshell is the brilliance of Steve Koonin.

At Coca-Cola, he learned pretty quickly that if you’re going to offer a product with nothing more than syrup, sugar and water at a higher price than gasoline, you better infuse some magic in your marketing.  And did he ever.  Remember those dancing polar bears?  That’s Steve’s work.  Remember the Always Coca-Cola campaign?  Steve again.  Those are just two of many award winning campaigns he orchestrated that pushed the boundaries of Coke’s brand both within the U.S. and around the world.

It was that consumer packaged goods experience he gained at one of the world’s greatest marketers that allowed him to also flourish at Turner.  Back when he first joined, the cable networks which had any brand identity were mostly niche players (think Comedy Central, Animal Planet, Travel Channel).  The large networks were a mishmash of programming that had no rhyme or reason other than trying to generate large audiences.  Steve knew that the only chance to not just survive but to thrive in that industry was to take a risk and focus TNT and TBS exclusively on one genre (drama and comedy respectively).  That repositioning along with creating and acquiring exceptional content led to astronomical growth.  By the time he was done, TNT and TBS was generating more profits than all the major networks combined.

The remarkable turnaround he led at Turner might only be surpassed by the even more spectacular one he’s achieved at the Hawks.  The Hawks were a dying franchise when he signed on as the new CEO.  There was no excitement, no energy, no magic.   I wouldn’t merely say the Hawks were a weak brand.  It would be more accurate to describe the team as not having any brand.  But all that changed with Steve’s marketing magic.

So how does one turn around a dying franchise in record speed?  You start with knowing who your audience is.  The Hawks, along with most other professional NBA sports franchises, had mostly catered to upper middle class whites since that’s who held the disposable income.  But Steve and his team saw that there were two important demographics who love sports had been largely ignored in the past– millennials and multi-culturals.  So those became the two primary audiences to which most of the marketing would be directed going forward.

Millennials are more wired than any other generation so social media because the primary channel through which to reach them.  The engagement they’ve created with their social media campaigns has been astounding.  The Hawks are now consistently on Google’s list of the 10 most searched sports teams (the only NBA teams higher were Golden State and Cleveland) and the number 1 NBA team to follow on Twitter.   But it’s not just about reaching them.  You have to create “cravability” as Steve puts it.  That means coming up with fun, innovative, digitally-oriented programming that speaks to them in their own unique voice.  “Swipe Right Night” (an obvious play on Tinder) and “I’m having a secret love affair with the Hawks” (ala Ashley Madison) are just two of many standout examples.

Steve is full on sage advice.  The key to leadership?  Build the right environment and then get out of the way.  The key to hiring?  Focus on chemistry.  Skills can always be taught.  But what was likely the wisest and most heartfelt advice of all?  The advice he’d give to himself if he could go back in time.  Enjoy the moments more. You just never know when it’s all going to end.  My advice for Steve: heed your own advice and enjoy the moments more.  After a brilliant career spread across decades, you’ve more than earned the right.