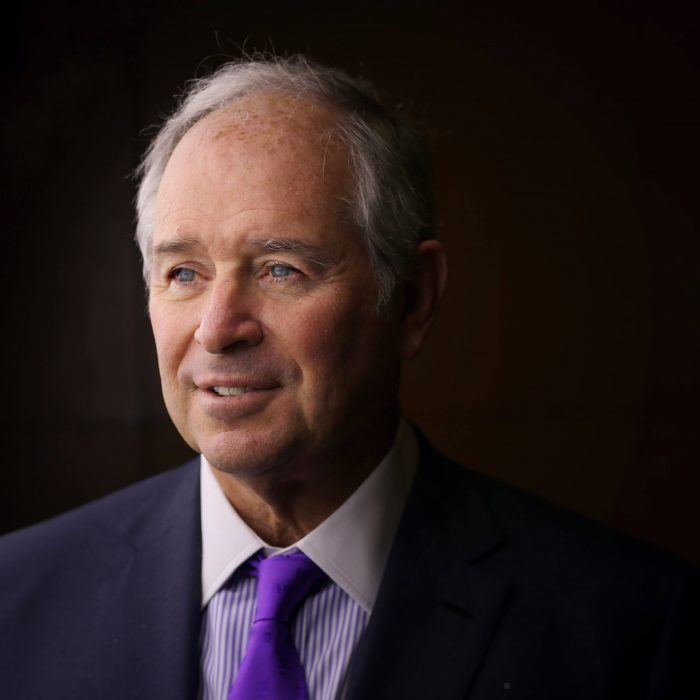 Steve Schwarzman is the co-founder and CEO of Blackstone, one of the world’s largest and most successful investment funds with over a half trillion dollars under management. Steve is an active philanthropist with a history of supporting education, culture, and the arts.  He holds a BA from Yale and an MBA from Harvard Business School.  His new book is called What It Takes: Lessons in the Pursuit of Excellence.